Free Download: The Advance Of The Fungi, EC Large’s 1940 classic 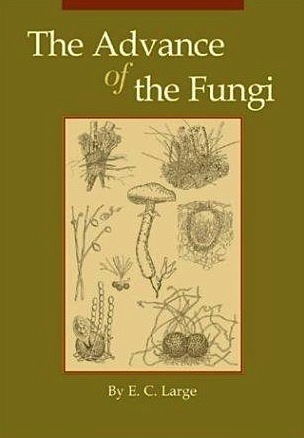 “By 1940, the field had matured from its beginnings as an offshoot of applied mycology and botany in the nineteenth century into a separate scientific discipline standing on its own merits (Campbell et al., 1999). Along the way, as Large so aptly describes, plant pathologists uncovered many of the basic secrets of our most destructive plant pathogens and achieved numerous successes in the control of the diseases they cause. Presumably many readers of The Advance of the Fungi learned for the first time about economically important and devastating plant diseases and the discipline dedicated to fighting them that had emerged in the mid-1800s, side-by-side with Pasteur s germ theory. Reviewers were overwhelmingly positive and praised the author s lucid writing style that “grips the reader s interest from the first page” (Lagage, 1941). Reviewers particularly commented on Large s skill in making a technical subject accessible to both the practicing plant pathologist and the general reader. A reviewer in The Economic History Review lauded Large s “ability . . . to blend accurate and careful research with a felicitous style,” and singled it out as “a rare possession” (Fussell, 1941). Readers were encouraged to read the book to learn how plant diseases like potato late blight, stem rust, coffee rust, and fire blight, among others, had impacted their lives. One reviewer insisted, “This book should be read by everyone who is interested in the profound effects of parasitic organisms on human civilization all over the world” (Lagage, 1941).

Kindle Bestseller – The Mushroom Book For Beginners : A Mycology Starter or How To Be A Backyard Mushroom Farmer And Grow The Best Edible Mushrooms At Home from Author Frank Randall »
« (EN) – The Shroomery Mycology Glossary | shroomery.org